Simon is currently Director of Plumbline Minstries International, Chair of Trustees of START and a Director of Up North Scotland. He also runs a property rental business.

Simon is accountable to the Plumbline Trustees and the boards of other organisations he works with. In addition, he connects with leaders from various denominations and organisations for mutual care and accountability, and is part of the Evangelical Alliance. He agrees with their Basis of Faith.

Simon is married to Julia and has two sons and a daughter and nine grandchildren. He loves hill walking, fishing, and gardening, as well as his Welsh terrier Charlie. 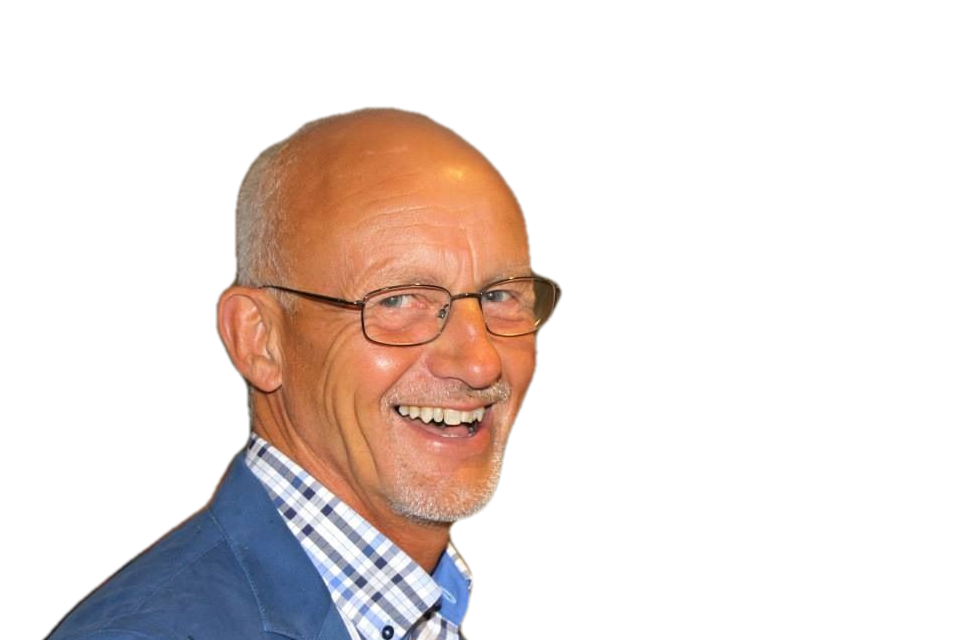 Simon loves developing and working with teams and helping people reach their potential. He has been privileged to fulfil his vision and passion with the help of some great people. He is especially grateful for the help of his wife Julia, Roy and Dorothy Wheeler, Graeme and Fran Wylie, Nigel and Barbara Double, Tim and Ania Anderson, Carolyn Spring and the Plumbline Board of Trustees, without whom he could never have developed the Plumbline network. These long-term friends and colleagues all continue to work in connection with him and in many cases now lead teams themselves pioneering in many varied avenues of society.

After leaving school at 15 Simon worked in agriculture until joining The Good News Crusade, an interdenominational mission team where he trained as a minister. He worked with GNC for 12 years, including numerous overseas trips and working with young people. He then went on to establish Plumbline Ministries International and as part of this he took up the leadership of a pioneering new congregation in Cambridgeshire, Huntingdonshire Community Church. Simon led this for 23 years seeing it grow to a congregation in the hundreds. It became the base for training leaders, and various other church plants were initiated from it both nationally and internationally, including successful networks such as Kingsgate Community Church in Peterborough.

By helping to train and equip leaders in a church context, Simon soon discovered that the same principles carries over into all spheres of life and leadership, and so began to mentor people in business, politics and the charitable sector. This has expanded over the years into developing church networks in both England and Ireland, as well as supporting ministries and organisations in the UK, internationally, and locally in the Highlands of Scotland where he is now based.